Adedeji Bailes Ogunfolu was recently appointed as Professor of Horn at the University of California, Irvine.  He is the second horn of the Pacific Symphony, a position he started in September 2018. Since relocating to Southern California, he has cultivated a busy freelance career, recording for major studio projects in Los Angeles, most notably the recent “Lion King” live action remake.  Ogunfolu has also made guest appearances with the Los Angeles Philharmonic, and the Los Angeles Chamber Orchestra.  Before his varied career in L.A. and Orange County, he was a member of the San Antonio Symphony, a position he was awarded in 2014. Prior to his appointment in San Antonio, Adedeji was an OTPAAM fellow with the Pittsburgh Symphony Orchestra. He has also performed with the Detroit, Flint, Fort Worth, St. Louis and Windsor Symphony Orchestras.

Since 2014, Adedeji has performed as section horn with the Lakes Area Music Festival in Minnesota. Other musical accomplishments include winning the concerto competition at the Colorado College Music Festival and the Solo division of the 2009 Northeast horn workshop, resulting in solo performances with both organizations. In May 2010 he performed Schumann's Konzerstücke with the Symphony In C (formerly known as the Haddonfield Symphony) Adedeji was also twice awarded fellowships to attend the Tanglewood Music Center. Adedeji is a native of Washington D.C. He began his college education at the University of Maryland, College Park, and finished his undergraduate degree at the Curtis Institute of Music in Philadelphia. He went on to complete his graduate degree at the University of Michigan, Ann Arbor. His major teachers include Gregory Miller, Jennifer Montone, and Adam Unsworth. He has had additional studies with Bryan Kennedy, and Denise Tryon. In his spare time, Adedeji enjoys physical fitness, his dog Kira, his cat Ninja, and baking. 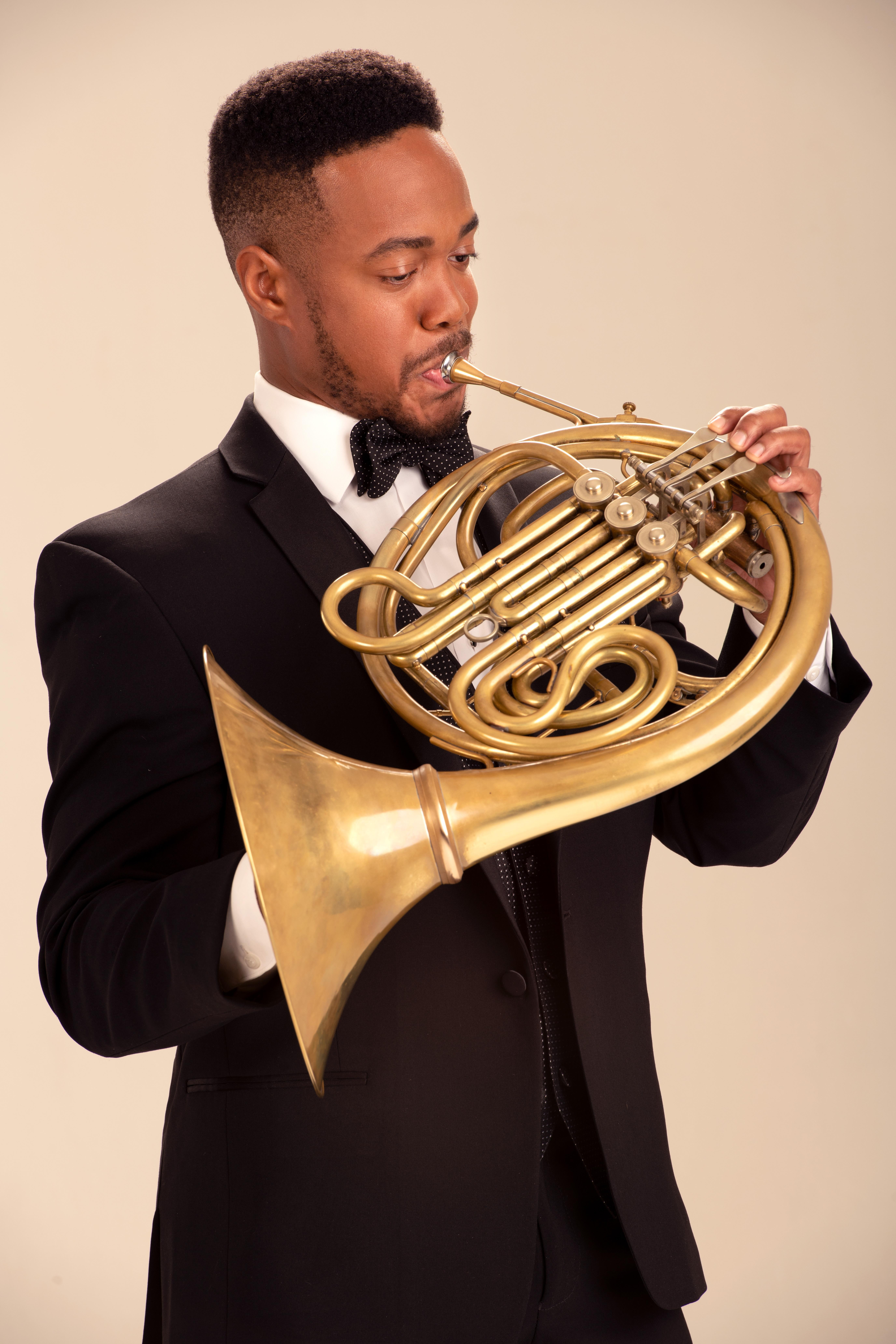