The theory placement test will indicate whether a student needs to take a remedial fundamentals of music course or can be placed into one of the four required quarters of music theory (16A-D). All students must take the brief fundamentals section of the theory placement test, which includes pitch notation and naming, rests, staves, the piano keyboard, simple and compound meters, minor and major scales, key signatures, and diatonic and chromatic intervals. Those who don't pass the fundamentals section of the exam will be required to take fundamentals at some point in their Freshman year, prior to beginning the Music 16 sequence the subsequent Fall. Qualified students are welcome to take further exams in the sequence. Below is a summary of topics covered by each successive quarter of Music 16.

The musicianship placement exam will indicate a student's approximate skill level for placement within the skill modules within MUS 15. Other than rare cases in which a student places out of MUS 15 entirely during that placement exam, all students should enroll in MUS 15: Musicianship when beginning the music major, and continue to enroll in that course each quarter, up to a maximum of six quarters, until they have satisfied the department's musicianship requirement.

Online resources to prepare for both the theory and musicianship placement exams can be found here.

As noted in the UCI Catalogue, MUSIC 15 (Musicianship) is a repeatable course students must take starting at the beginning of their major studies. At the end of the course, there is a Musicianship Proficiency Exam, which students must pass within six quarters of entering the major.

MUS 15 instructs students in the use of moveable "do" for the purposes of sight-singing, in addition to transcribing (i.e., dictating) melodies, rhythms, and harmonic progressions. After completing all course modules and satisfying the Musicianship Proficiency Exam, students should be able to: 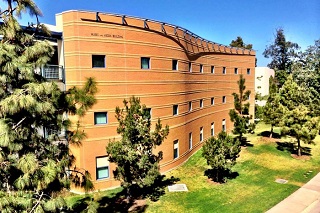