Kevin McKeown has served as the conductor of the Wind Ensemble at the University of California, Irvine since 2008. Originally from Belfast, Northern Ireland, and raised in Santa Monica, CA, he attended UCLA where he earned B.A. and M.M. degrees in music education and instrumental conducting. His mentor teachers were Dr. Thomas Lee and Gordon Henderson.

Professor McKeown is currently the conductor of the Santa Monica College Wind Ensemble and is Director of Bands at Santa Monica High School. In 2019 he was appointed the Interim Director of Athletic Bands at his alma mater, directing the “Solid Gold Sound” UCLA Bruin Marching Band, Varsity Band, and the university’s Symphonic Band.

An avid supporter of new music, he has been involved in numerous wind band consortiums/commissions, including the commission of “Letter from Home” (Copland/Belski) and “The Ash Grove” consortium by Julie Giroux. He has had international conducting opportunities including the Chicago Symphony Hall, Kennedy Center, Carnegie Hall, Queensland Conservatorium Theater (Brisbane, Australia), and the Basilica di Sant’ Ignazio in Rome, Italy. 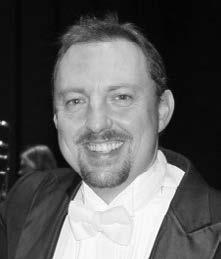