Noted by The New York Times as a “virtuosic, deeply expressive shakuhachi player and composer” and the LA Times as one of the “better kept secrets of Southern California music,” he has performed regularly with the Silkroad Ensemble since 2001 with whom he appears on multiple recordings including the Grammy Award winning Sing Me Home, A Playlist Without Borders, Off the Map, and the Grammy-nominated 2015 documentary film, The Music of Strangers, directed by Morgan Neville. In a Circle Records released an album of original work, (Cycles), in 2014, and a collaborative album with the pipa virtuoso Wu Man, 流方 Flow, in 2021. Other notable recordings as performer, composer, and/or producer include Brooklyn Rider’s Dominant Curve, Yo-Yo Ma’s Appassionato, Nicole Mitchell’s Mandorla Awakening II, Kei Akagi’s Aqua Puzzle, The Silk Road: A Musical Caravan (Smithsonian Folkways), and Huun Huur Tu’s Ancestors Call.

A developer of realtime music/media systems, his interest in hybrid forms of creative activity draws from tradition and technology, with a particular focus on intercultural musical practices, including those across the historic Silk Road regions. Recent directions include robotics, fabrication, and collaborative work with the youth on the Northern Cheyenne lands in Lame Deer. He holds a degree in Electro-acoustic Music from Dartmouth College. Email: kumezaki@uci.edu 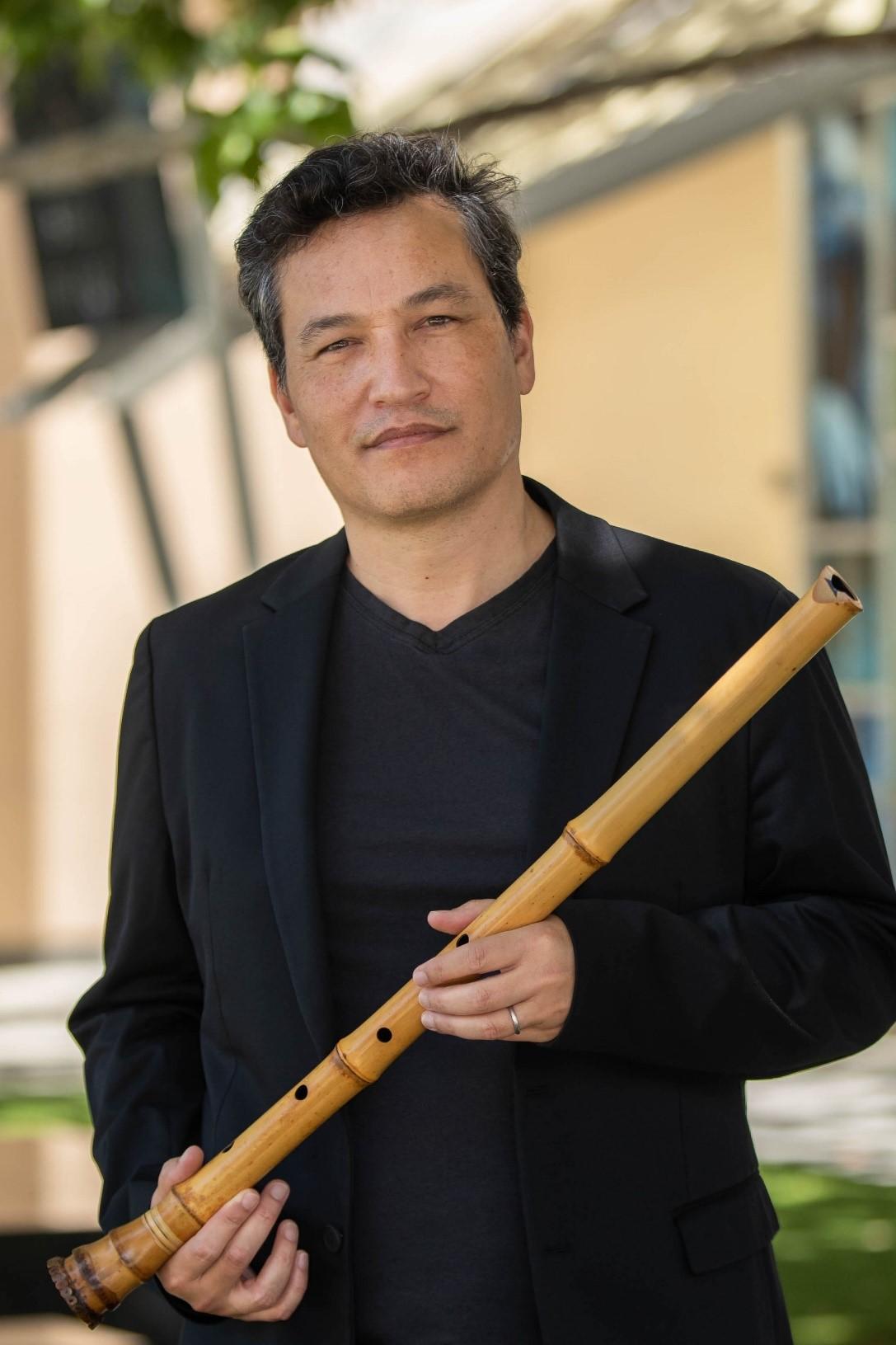