Nicole Mitchell is a creative flutist, composer and educator. Founder of critically acclaimed Black Earth Ensemble, Black Earth Strings, Sonic Projections and Ice Crystal, she composes for contemporary ensembles of varied instrumentation and size (from solo to orchestra and big band) while incorporating improvisation and a wide aesthetic expression. Mitchell’s compositions bridge sound worlds between the familiar and the unknown by integrating new music with sounds from the legacy of jazz, gospel, pop and African percussion. As a flutist, Mitchell develops new improvisational languages through the coupling of her voice with the instrument. 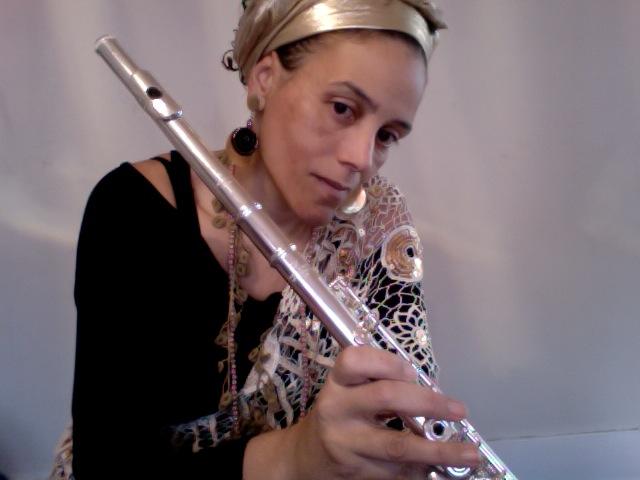