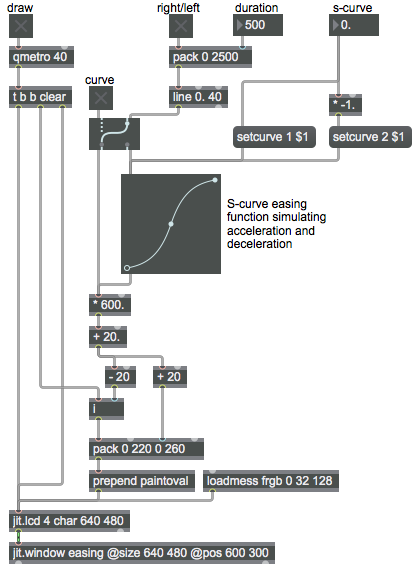 Simple linear motion in 2D animation is achieved by interpolating between two points and successively drawing an object at each intermediate point, as demonstrated in the example on Animating 2D graphics. However, in the real world objects move with different sorts of curved trajectories, and they also accelerate and decelerate, which you can think of as a curved trajectory of velocity in time.

The art of making animated objects seem to move naturally—called easing—is a topic that has been studied in depth. It requires using mathematics that are more complicated than simple linear interpolation. You can find many examples of different easing functions, for simulating various sorts of smooth movement.