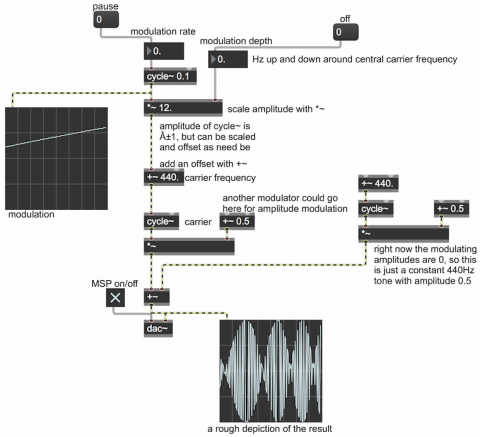 This example shows interference between two sine tones that have nearly the same frequency, causing a beating effect. One sine tone is kept at a constant frequency, while the frequency of the other oscillator is continuously modulated up an down by up to 12 Hz, using the technique shown in “Modulating oscillator”. The two sine tones are added together, and they interfere at a rate equal to the difference between their two frequencies, causing the sense of beating at that rate.

Note that the amplitude of each of the two tones is set to 0.5 so that the sum of the two amplitudes will never exceed 1, which would cause clipping.