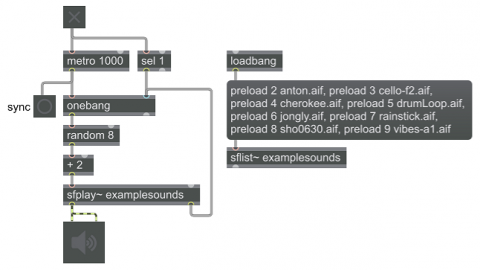 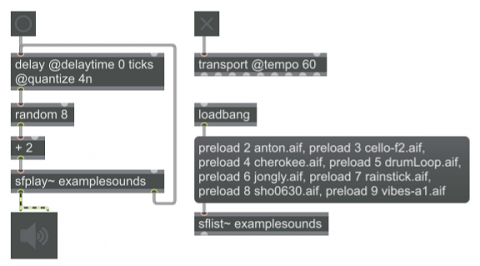 The first example has a metro object going at the beat rate, and only pass its bang to trigger the next sound file when a variable shows that the previous file has ended.

The second example has the transport object running, and delay the triggering bang until the next beat.