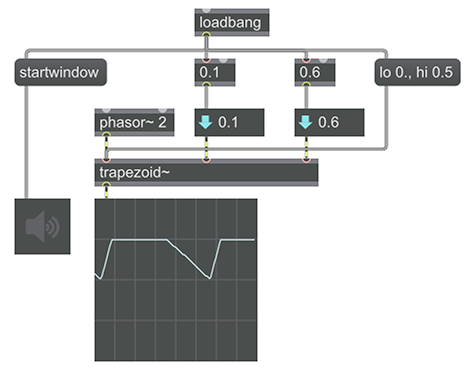 The trapezoid~ object allows you to make a control signal that rises to a certain level, stays there, then falls back to its initial level. That shape can be ueseful as an amplitude envelope or a filter envelope, for example. At its input trapezoid~ needs to be driven by a signal, usually a control signal that progresses from 0 to 1 in a straight line, such as phasor~ or line~. You can specify the initial value of the trapezoid with the lo attribute, and specify the level it will rise to with the hi attribute.