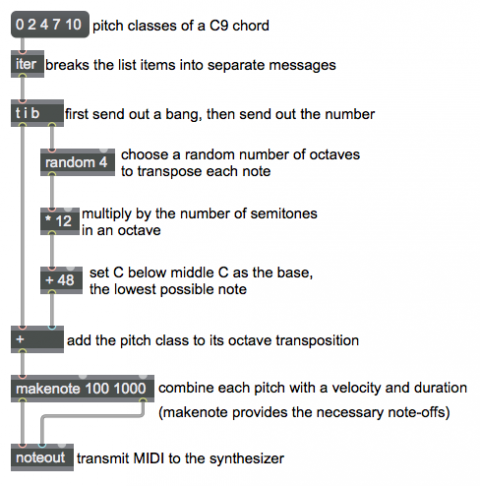 First the list is broken up into five individual messages by the iter object. Then for each of those numbers, the trigger object (t) first sends out a bang to choose a transposition of 48, 60, 72, or 84, then sends out the pitch class to be added to that transposition. The five pitches are played practically simultaneously with a velocity of 100, and 1 second later makenote sends out a note-off for all five notes.