The patcher object encapsulates a subpatch 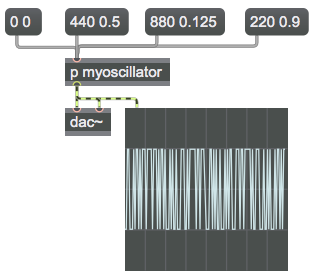 You can view and edit the contents of a patcher object by double-clicking on it in the locked patcher window.

A patcher object could potentially even include other nested patcher objects. Dividing your overall task into separate tasks (subroutines) and encapsulating each one as an object is a good way to organize your program.